One of Southern Queensland’s Most Historic Pastoral Aggregations

‘Terrica Aggregation’ was originally occupied in the mid 1800’s by the influential pastoralist and pioneering McLeod family who were famous for their leading pure-bred Merino stud, specialising in fine wool production. ‘Terrica Aggregation’ and the McLeod family are regarded as one of the most respected names in Southern Queensland for their contributions to the State’s wool industry. As Leading members of the community, the McLeod’s were known to have hosted official visits to ‘Terrica Station’ for members of Government and The British Royal Family. Ideally suited to grazing, sheep have traditionally continued to be the station’s main enterprise, with diversification into beef cattle in later years. In 1982 the property known as ‘Currajong’ was purchased by the Goodrich family and in 2004 they acquired ‘Terrica Station’

Continuing the legacy of fine wool production, the owners have successfully maintained and developed the property to uphold the fine reputation as one of Southern Queensland’s leading pastoral enterprises. The large scale aggregation boasts status, scale and prime location, in addition to excellent structural improvements, secure water supply, an overall conservative carrying capacity estimated at 36,000DSE and land versatility suited to a range of agricultural endeavours. This impressive pastoral aggregation is steeped in history and the owners are to be commended for their continued capital investment to uphold the famous heritage and overall efficiencies. It is very rare for such an iconic asset to be offered for sale. 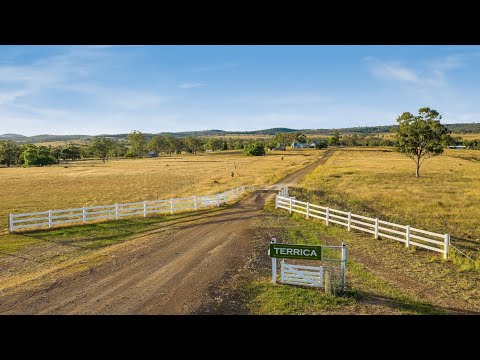 View the ‘Terrica Aggregation’ listing below.

For many farmers across Australia there has never been a better time to be in agriculture. The close of a financial year is often the…

WA field days are just around the corner and with that marks the start of the stud ram season. State stud stock manager Tim Spicer…