One of Australia’s Most Distinguished Rural Holdings

We’re pleased to present for sale ‘Nambrok’, which presents a rare opportunity to secure a historical holding, boasting one of Australia’s most prestigious homesteads.

The grand Victorian homestead (c.1860) titled ‘Nambrok’ is a highly distinguished, historic landmark in the Gippsland region. ‘Nambrok’ estate was built in the nineteenth century by William Allen of Rosedale for the leading pastoralist and Gippsland pioneer John King, grandson to New South Wales’ third governor, Philip King.  ‘Nambrok’ was acquired in 1908 by Mr John and Edith Widdis, an established family in the Gippsland area. The estate was home to the 1915 Melbourne Cup winner, Patrobas with the owner Edith Widdis, becoming the first female owner to triumph in the nation’s greatest horse race. Patrobas trained at ‘Nambrok’ and was stabled in the florid brick stables, which remain in useable condition.

1985 saw a change in ownership with the well-respected McGauran family, another prominent and respected name in the Victorian region, acquiring ‘Nambrok’. It is the McGauran family who have since continued the legacy of long family ownership and have further developed this rare holding, making it arguably one of Australia’s most historic and significant properties.

The unique and magnificent mansion which stands at ‘Nambrok’, encompasses architectural design influenced by styles derived from the Dutch, North Italian Renaissance and Lombardic Romanesque. Its features exhibit the European influence that flow from its prestigious design.  The homestead is exquisitely elevated on the property to capture far reaching panoramic views over the surrounding land (989 hectares*), through to the impressive Great Dividing Range and the Strzelecki Ranges. 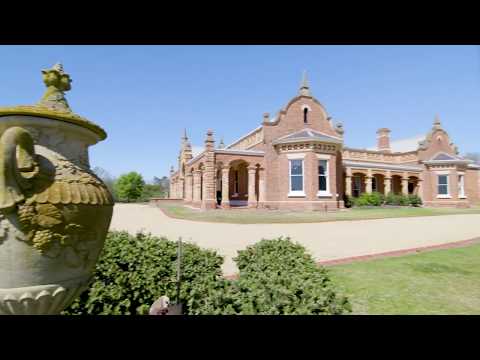 View the ‘Nambrok’ listing below.

Elders is pleased to announce the launch of its newest business unit, Thomas Elder Markets (TEM), to expand the business’s service offering to clients across Australia. The…

As technology evolves, so do the needs of our farming customers. Elders’ priority is to provide solutions and agricultural advice that drives productivity and profitability…

Elders Presents series continues with focus on AgTech in Horticulture

Elders’ technical services team and partners were joined again by producers from across the country for the second instalment of the webinar series, this time…